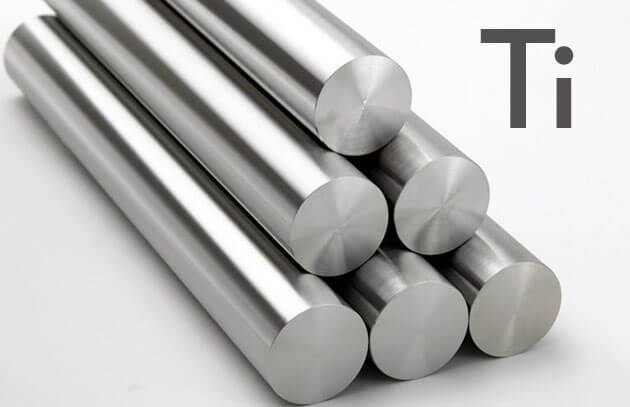 Many of us associate titanium with high-quality metals used in NASA spacecraft and other modern technology. The name alone gives us a clue, as it conjures up images of the Titans, the mighty giants who came before the gods of Olympus.

It is aptly named, as this metal has incredible strength. It is 45 per cent lighter than steel yet has the same strength. It has twice the strength of aluminium yet is just 60% the weight. It is corrosion-resistant in seawater. Its melting point is 3,034.4 degrees Fahrenheit, making it resistant to extreme temperatures (1,668 degrees Celsius). Even at high flow rates, it resists abrasion, cavitation, and erosion. Even better, it’s biocompatible.

The issue with this metal is that, although being the 7th most abundant metal and the 9th most abundant element overall, it is pricey. It’s found in almost every igneous rock, but it’s difficult to remove. Although it was discovered in 1791, Matthew Hunter of Rensselaer Polytechnic Institute was the first to synthesise pure metal 119 years later, in 1910. Another 20 years passed before William Kroll was able to develop a technique that could be used on a big basis. The Kroll method is still utilised in commercial manufacturing today.

The historical Titanium price per metric tonne is shown below.

There are two methods for calculating the cost of this metal. The majority of titanium ore (95 %) is used to make titanium dioxide (TiO2), a white pigment that is utilised as an additive or coating. So, one technique to figure out the metal’s pricing is to see how much TiO2 costs. Chemours, the world’s largest TiO2 producer, increased the price of the pigment to $150 per metric tonne in 2016. Other producers have followed in his footsteps.

Then there’s the matter of the metal itself. While it, like other commodities, is prone to price fluctuations, the price has generally drifted lower when adjusted for inflation. The current price per metric tonne is $3,750 as of January 2016. In 2005, the price per tonne was $21,000.

Buying and trading stocks in firms that either mine titanium or utilize it to manufacture their products is the best way to invest in titanium. This list will include containing TiO2 manufacturing businesses. Holding these shares indicates that you expect increased demand for products made of this metal from industries such as aeronautics.

You can also purchase shares in exchange-traded funds (ETFs). Because all-titanium ETFs also invest in other metals such as gold or copper, the value of these shares will not be equal to the price of titanium alone.

Despite its reputation, titanium metal and alloys are mostly utilised for the pigment titanium dioxide (TiO2). Because it is highly white and opaque, paints, varnishes, paper, and plastics account for around 80% of TiO2 consumption. Glazes, enamels, inks, textiles, cosmetics, medications, and even food contain it. TiO2 is found in almost all toothpaste products.

It’s utilised as a paint and a coating for plastics since it’s highly refractive and UV resistant, and it resists discolouration. Because of its resistance to UV rays, it’s a common constituent in sunscreens.

They’re also employed in high-end sports equipment because they give strength to materials like graphite. TiO2 is used to cover some golf clubs and fishing poles.

Then there are alloys, which are made up of several metals such as aluminium, steel, and stainless steel. Corrosion, fatigue, cracking, and high temperatures are all resistant to these alloys. They are suited for high-stress military applications such as aeroplanes, naval ships, missiles, and spacecraft because of their characteristics.

They’re employed in helicopter landing gear, hydraulic systems, and exhaust ducts, among other crucial components. They’re utilised in ship propeller shafts since they’re resistant to corrosion in salt water, and they’re also employed in saltwater aquariums, fishing lines, and even divers’ knives. This alloy is even used in the construction of submarines.

These alloys are also widely used in industrial settings. Because of their ability to withstand corrosive liquids, they’re employed for pipes and process equipment.

These alloys are widely used in the automotive industry because they provide strength without the weight penalty that might decrease fuel efficiency and performance. Due to its exorbitant cost, the metal is exclusively utilised in high-end and high-performance versions. The metal can be found in the intake valves and exhausts.

It’s also used in jewellery, especially for those who are allergic to metals or who wear their jewellery in places where they might get wet, such as swimming pools. Because they’re sturdy, resistant to denting and corrosion, and lightweight, they’re also employed for watch casings.

Finally, dental and biomedical implants are made from it. It’s the metal that’s the most biocompatible of them all. When it comes into contact with bodily fluids, it doesn’t react or corrode.

Titanium is connected with high-end technology as an investment. To put it another way, the demand for this high-tech metal grows as the globe improves.

Is Titanium the Next-Generation Super Steel? : Polymers, along with other, more expensive metals, have been at the forefront of materials technology, transforming industries. Steel, on the other hand, isn’t far behind. Steel’s strength is legendary, but that doesn’t mean it can’t be enhanced. After all, it’s heavy, and there are heavier metals out there.

Titanium vs. Stainless Steel: Stainless steel is an iron alloy with a minimum of 10.5 % chromium. Titanium is a metallic element that ranges in colour from silver to grey. As a chemical element, it has the atomic number 12 and the symbol Ti.